THE GIFTS OF THE HOLY APOSTLES 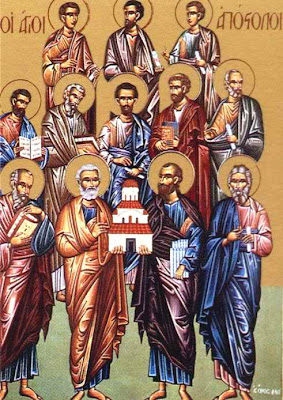 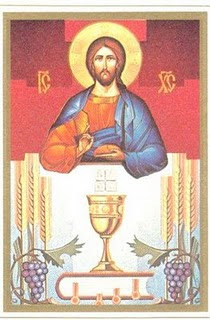 The Apostolic Succession keeps the Canonical Church of G.O.C. of Greece genuine and unaffected by blessed ordinations of Bishops in 1935, 1948, 2002 etc. But care of the Church of Christ is the transmission in the young clergy, whether clergy ordinations or to restore the priesthood to those clergy arising from Schisms. So in Thursday of the Ascension, in the historic Church of the Evangelist Matthew in Mandra Attica, His Holiness President of the Holy Synod of the Genuine Orthodox Church of Greece cherothetised the Reverend Father James Samakasvili giving to him the regularity. Father James comes from Georgia and was before in the Florinite Schism (of Mr. Chrys.Kiousis’ part) and now he serves as chaplain to the church of St. Evangelist Matthew. On this issue we will return after the publication of this happy event by the journal of the Church.

The Florinite schism occurred in 1937 through the distortion of the Orthodox Confession of 1935 by which were joined in the Church as coming from the New- Calendarism Bishops Chrysostomos, former of Florina and German of Demetrias using the term 'potential and are not practicing " schism of New papal calendar and the assumption of the invalid sacraments as valid against to the Church’s teaching on the sacraments of schismatic. Until his death, the leader of the movement of Florinites (former of Florina Chrysostom) continued procrastination in his belief and although he eventually accepted hypocritically the Orthodox Confession of the Holy Father Matthew, he died without ordain bishops and without joining with the Church of the C.O.C., faith to his 'Mother' New- calendarist Church and the his misbelief.

Now the headless supporters of deceased former bishop of Florina, having refused to join the Canonical Church of G.O.C. of Greece secured "ordinations" of bishops with irregular and in Simony ways from an old- calendarist Russian bishop and (possibly) from NEW- CALENDARIST Romanian bishop. On the facts will speak up the two bishops who ordained the first Florinite “Bishop” Akakios to understand how "authoritative" and "Canonical” are such ordinations and why they need rehabilitation through Cheirothesia.

THE EXPRESS REFUSAL OF THEOPHILOS

I accused that I took part in the ordination of Bishop, old calendarist, named Akakios Papas, this is entirely lie, not only I did not participate with the Russian bishop of Chicago in a such ordination, but I just hear these news. The reassurance that one, that they give me to have done, “scandalized many souls in Greece”, obliges me to make a clear, explicit and unequivocal, in my assured as bishop that the consecration as bishop of Akakios Papas is completely unknown to me and receives foreign to me. And therefore, there exists, for me, no reason for Greek Orthodox Christians to scandalize themselves.